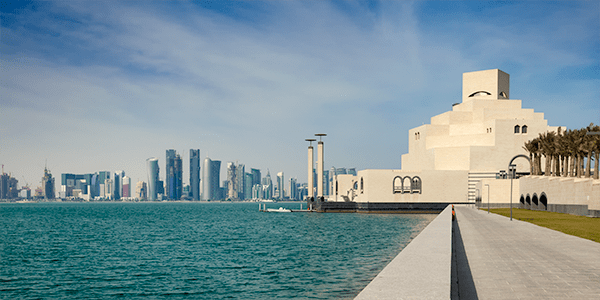 Poised at the end of the corniche in the harbour of Doha, Qatar, the Museum of Islamic Art rises from the waters of the Arabian Gulf. Designed by renowned architect I. M. Pei, the Museum’s striking exterior conceals one of the finest collections of Islamic Art in the world.

The museum found its primary inspiration in the Mosque of Ahmed Ibn Tulun in Cairo, and was built through the combined efforts of several firms around the globe. The design reflects a modern interpretation of Islamic architecture and mirrors Qatar’s vision as a bridge between past and present, East and West.

GCP Applied Technologies brought a multi-national collaboration into this project and coached the partnership formed among an American-based architect, European- and Turkish-based contractors and local site teams.

The climate and corrosive salt environment of the Persian Gulf created a number of project challenges. Constructed on reclaimed land, the museum’s foundation rests below the water table, and subjecting foundations to highly aggressive chloride and sulfate conditions, can quickly deteriorate the concrete and significantly reduce the life of the structure.

Deeply involved in the project, the GCP team recommended Preprufe® 300R waterproofing membrane applied below the slab to prevent water migration around the substructure.

Bituthene® 8000 HC waterproofing membrane was chosen to protect the substructure walls from the harsh ground environment.

Bituthene® Liquid Membrane and Servipak® protection boards rounded off the package. GCP also provided extensive training for site engineers and operatives on proper product application procedures. The solution was not only well suited to the corrosive salt environment of the Persian Gulf, but also for Qatar’s severe heat – often in excess of 40°C (104°F).

A continuous waterproofing system, fully-bonded to the structural concrete surrounding the substructure and creating a positive and permanent barrier against the corrosive environment. 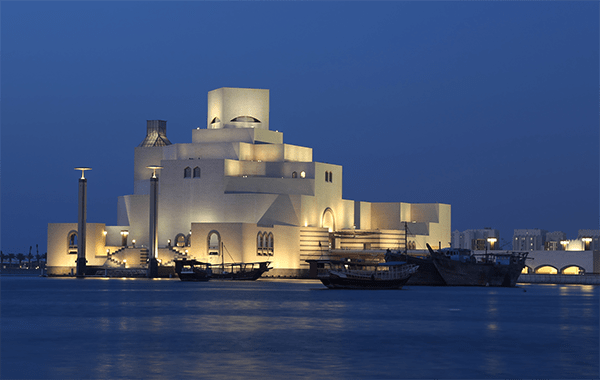